If you make it a point not to disturb coral to the best of your ability, following the snorkeling etiquette rules, then you should avoid most injuries from coral.  However, every once in a while the surf or water have its own plan.  If you’re close to coral, checking out a fish or particular growth, then the surf can push you towards it.  If you push yourself away or brace yourself then you can get cut.  I have been in situations where the surf has actually pushed over the coral and my belly and legs were scraped.  Not good.

Coral cuts and scrapes are not run of the mill, though.  Certain care has to be given to them to make sure that they are not infected and that they heal well.

Marine polyps secrete a hard calcareous exoskeleton that is coral.  These exoskeletons are often formed into sharp, rock-like pieces that are colorful.  There are many different types of corals and coral reefs will often have many different species within it.  These occur in tropical and subtropical waters and climates.  Because of the way coral is formed they can cause injury (coral cuts and abrasions) that may seem harmless at first but can soon develop blisters and infections to the wounded area and the rest of the body.  Precise care is always needed for coral cuts.

Symptoms of Coral Cuts and Abrasions

Treating a Coral Cut or Abrasion from Snorkeling

Note:  Patients that are alcoholics have a tendency to develop bacterial infections by Vibrio spp that can be very aggressive and dangerous (life-threatening) in a short time-span. Any redness of skin that progresses rapidly with blisters moving up an extremity (arms or legs) toward the body should be considered a medical emergency, and will require IV antibiotics.

When to Seek Medical Care, Call an Ambulance or 911

Severe, deep cuts or if infection is present and the wound is not healing.

If you plan on using antibiotics a doctor should always be consulted.

Rapid occurrence of redness, blistering, especially in an alcoholic.

We Recommend this First Aid Kit in a Waterproof Dry Box: 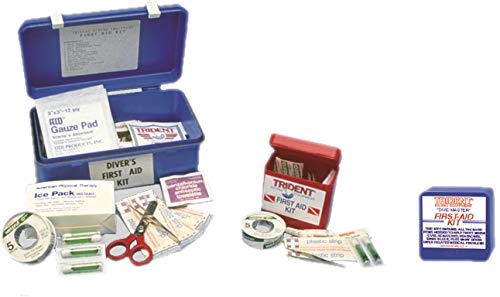 Snorkeling Trends for 2019 and Beyond

Awesome Snorkeling Guide to the Florida Keys:  Which is Best:  Upper, Middle or Lower?

This site uses Akismet to reduce spam. Learn how your comment data is processed.

The owner of this website is a participant in the Amazon Services LLC Associates Program, an affiliate advertising program designed to provide a means for sites to earn advertising fees by advertising and linking https://snorkelstore.net to Amazon properties including, but not limited to, amazon.com, endless.com, myhabit.com, smallparts.com, or amazonwireless.com.

How to Plan the Perfect Snorkeling Vacation

ABOUT US
The Snorkel Store has helped thousands of people and families find the snorkeling gear and answers that they’re looking for. Lizzy and I hope it does the same for you!
Contact us: [email protected]
FOLLOW US
© Muise Media and The Snorkel Store
This website uses cookies to improve your experience. We'll assume you're ok with this, but you can opt-out if you wish.Accept Read More
Privacy & Cookies Policy

This website uses cookies to improve your experience while you navigate through the website. Out of these cookies, the cookies that are categorized as necessary are stored on your browser as they are essential for the working of basic functionalities of the website. We also use third-party cookies that help us analyze and understand how you use this website. These cookies will be stored in your browser only with your consent. You also have the option to opt-out of these cookies. But opting out of some of these cookies may have an effect on your browsing experience.
Necessary Always Enabled
Necessary cookies are absolutely essential for the website to function properly. This category only includes cookies that ensures basic functionalities and security features of the website. These cookies do not store any personal information.
Functional
Functional cookies help to perform certain functionalities like sharing the content of the website on social media platforms, collect feedbacks, and other third-party features.
Performance
Performance cookies are used to understand and analyze the key performance indexes of the website which helps in delivering a better user experience for the visitors.
Analytics
Analytical cookies are used to understand how visitors interact with the website. These cookies help provide information on metrics the number of visitors, bounce rate, traffic source, etc.
Advertisement
Advertisement cookies are used to provide visitors with relevant ads and marketing campaigns. These cookies track visitors across websites and collect information to provide customized ads.
Others
Other uncategorized cookies are those that are being analyzed and have not been classified into a category as yet.
SAVE & ACCEPT